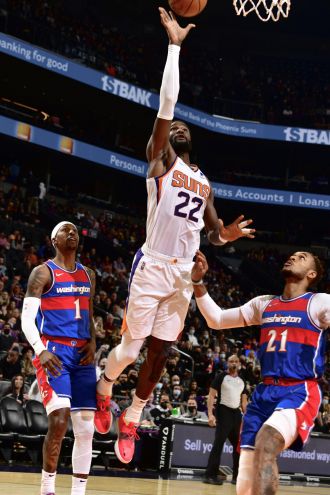 I never remember in my 17 years at surfbet having 7 days of continuous drought. I find it difficult to understand because here we are talking about doubles, not triples.
In the triads that I think is quite difficult to make a fund there is some excuse.
Here we had a failure for a week without saying that some funds were lost marginally, the reason for the extension and the relevant ones.
Today in the program he had 9 games but already in 2 we have a postponement while there are chances for another one like Philadelphia - N. Orleans. I saw that there are some options in handicaps, which means that we can give weight. I can not analyze games that can be postponed, I will just say 2-3 words of statistics while we will normally go to those that will concern us
Detroit (+7.5) - Miami (209)  How to give weight when they are missing from Miami Butler and Adebayo while from Detroit o Grant. Only the set of points. Under 209
Memphis - Portland (+5.5) (219) Look to see that Memphis with even 5 consecutive wins is only behind Cleveland with 6 consecutive wins. Portland may have won the day before yesterday but has a 2-8 streak. From this match we will get both points with the handicap in the cellar. Memphis averaged 111.5 in attack and Portland 111.4 in defense. I consider the handicap for the away match of the Blazers small. No away team has less than 2 wins except Portland 1-11. Not even Detroit which has 2 wins while from the Western teams all from 3 and up.  Memphis (-5) Over 219
Sacramento (+4.5) - San Antonio (228) Kings underdogs due to absences. But difficult as a whole. For double and Over shows but the limit raised. San Antonio (-4.5) Over 228
Philadelphia - N. Orleans (+4) (212.5) There is a possibility that it will not happen. If done Philadelphia (-4) Over 212.5 (SS Finally Postponed)
Chicago - LA Lakers (+6) (215.5)  Day match for a total of points if, as everything shows, it is done with so many absences. LaVine from Chicago is missing and if Derrick Jones is missing, the points are difficult even for a team like the Bulls. The Lakers, apart from the most basic Davis, have a lot of players out there, but they have an average of 5-6 points. I expected the image base limit to be close to 211. For overnighters, if you see that it has dropped even slightly, you should know that it has chances for low. Lebron and Westbrook can hardly bear and lift weights. Under 215.5
Minnesota - Dallas (+3) (213.5) Good match but difficult in every way. I can not give weight because I do not see something clearly. Typically I will only say what I see ace and Under.
Phoenix - Charlotte (+7.5) (230)  Big set of points. If Booker returns today he has chances for high despite the consecutive Under of Finikas and despite the marginal Over the day before yesterday with Washington but with a limit of 213 points. Charlotte, however, does not understand what he is playing and scores and accepts points easily. He has the best attack in the NBA and the worst defense. It will not be difficult for the home of Finikas to cover this handicap. Phoenix (-7.5) Over 230
HOME CABA 1.000 Euro
Rest of 1111
Cellar proposal 61 Euro
Memphis - Portland  Memphis (-6.5) 2.00
Phoenix - Charlotte  Phoenix (-8.5)  2.00
Performance 4.00  Bet365
Cellar rest 1050