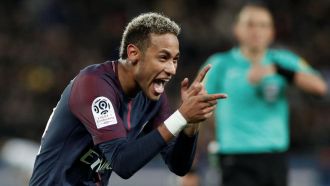 Neymar believed to be earning 100,000 euros per day

It should come as no surprise that Neymar is earning a huge pay packet at Paris Saint-Germain, but the fact he might be earning as much 100,000 euros per day will surely still raise many eyebrows.

It has been reported that he is pocketing a monthly salary of 3,069,520 euros, which breaks down to more than 4,000 euros per hour.

This new information comes via Football Leaks and Der Spiegel, which French magazine Paris Match have revealed that bodyguards are stationed at the doors of his mansion 24 hours a day.

His new house is based nine kilometres from the PSG training ground and 14 from the Parc des Princes.

Real Madrid see Ceballos as the natural heir to Modric

It was a breakthrough Saturday afternoon for Dani Ceballos, as the 21-year-old scored a memorable brace to hand Real Madrid a vital 2-1 victory against Alaves.

It was important for him to do well on his first start for the club, with those at Valdebebas seeing him as the natural heir to Luka Modric.

Modric was actually left out of Saturday's encounter as the Croatian was rested ahead of the midweek clash with Borussia Dortmund, yet the Spaniard's goalscoring exploits are sure to push him up the pecking order in Zinedine Zidane's thinking.

Ceballos' natural ability has never been in any doubt, as he was exquisite in the summer's European Under-21 tournament and rightfully won the best player award.

He was quickly added to Los Blancos' collection of young stars and it has become increasingly clear that the sky truly is the limit for him.

A miniature transfer war began, with Barcelona having also attempted to sign him in the summer, but it quickly became clear though that the defending Spanish champions were willing and able to do whatever it took to secure Ceballos' services.

In Modric, Zidane can count on a 32-year-old veteran of elite midfield play and what we are currently witnessing with Ceballos controlling play from a deeper position, whilst also maintaining his mobility, is something straight out of the Modric playbook.

The Croatian's style has been unique for years, yet Los Blancos feel as though they are prepared for when Modric eventually departs, given their summer recruit.

The 2017/18 season will be one of development for the Spaniard and he will learn as much as possible from Modric and will take note of the nuances within his play.

This will prove to be an invaluable experience for the youngster, something that Zidane is acutely aware of.

There is an embarrassment of riches at Valdebebas at present and Ceballos' display has seen him steal the headlines, yet it is worth remembering Mateo Kovacic is yet to come back from injury.

Kovacic started the campaign brilliantly and could also feel as though he is the future of the midfield at the Estadio Santiago Bernabeu.

Competition for minutes was never a secret with Los Blancos, meaning that the former Real Betis star made a conscious choice and he is already proving that he is brave enough to take his chances.

With regards to talent, the defending European champions are comfortable for a little while yet.

A grand total of 60 shots were taken by Real Madrid in the three home matches against Valencia, Levante and Real Betis, but only three were converted, meaning that Zinedine Zidane had a tremendous goalscoring problem within his team.

Yet Dani Ceballos provided a timely solution on Saturday in the 2-1 win over Alaves.

Los Blancos quite simply couldn't afford to fall any further behind Barcelona in the LaLiga title race and the 21-year-old's brace ensured the champions returned home content.

Ceballos was handed his first start of the campaign as the French coach looked to rotate before the midweek clash with Borussia Dortmund and he did not disappoint.

All the anxiety in front of goal evaporated from the defending Spanish champions and Ceballos' performance gave the team confidence, even when Alaves levelled the match at 1-1 before half-time.

The harem-scarem football that was played in the dying minutes against Real Betis was nowhere to be seen, something that will undoubtedly please the former Castilla coach.

Ceballos was ably supported by Isco in midfield, with the 25-year-old providing a controlling presence in the absence of Toni Kroos and Luka Modric, a decision that was questioned prior to kick-off.

It is bizarre that such a talented team is living through such a difficult moment with regards to their home form; the 2-1 victory on Saturday was Los Blancos' 12th consecutive away victory, yet they have yet to win a LaLiga match at the Estadio Santiago Bernabeu this term.

With Karim Benzema and Gareth Bale both absent, in addition to Cristiano Ronaldo struggling for form, it was important that Real Madrid had a midfielder who could take the goalscoring burden away from the forwards.

It was a role that Ceballos took on wilfully and he was fantastic, as his goals saw Real Madrid end their recent run of profligacy and it could well prove to be a vital victory in the grand scheme of things.

Saturday's victory will act as a springboard and it has been made possible by the most unlikely of players, as the former Real Betis midfielder was not expected to play a major starting role for the club this season.

With the scoring problem now seemingly rectified, at least for now, Real Madrid have to turn their attention to their home form.

Once the Estadio Santiago Bernabeu is a fortress again then the club can seriously think about retaining their Spanish crown.

The Roman circus (or Coliseum) was one of the most important installations of Roman cities, and now the Estadio Wanda Metropolitano is serving the same purpose for Diego Simeone and Atletico Madrid.

Another party atmosphere was enjoyed by the Rojiblancos against Sevilla, coming hot on the heels of its historic inauguration, which was a real spectacle for supporters and players.

"The Metropolitano looked like a Roman circus, and that excited me," Simeone said after the 2-0 win over the previously unbeaten Andalusians.

The comparison was made conscientiously because the stadium is the ideal venue for the club to entertain its fans, as it was in Ancient Rome for the people.

Making it more homely than the Estadio Vicente Calderon is a test but the stand is closer to the pitch and that's why Yannick Carrasco embraced the supporters when celebrating his goal.

Followers embrace their Warriors as the idols they are - as in Ancient Rome.

Atletico are certainly enjoying the moment - without forgetting its history - and with the memory of the everlasting Vicente Calderon in the mind, the environment, the joy and the mood ensured that the Wanda vibrated, elevated even more when Simeone addressed his people and demanded more and more.

Little by little, the cries, chants, flags and red-scarves that dyed the banks of the Manzanares are impregnating the district of San Blas-Canillejas.

Barcelona's claims about the potential signing of Liverpool's Phillipe Coutinho have been rubbished thanks to new evidence that has recently come to light.

The Catalans had negotiated with the Brazilian behind the backs of the English club, despite having rejected such accusations when they explained that the deal fell apart because Liverpool demanded an exorbitant fee.

German newspaper 'Der Spiegel' has published documentation via Football Leaks that confirm Liverpool's version of the story, completely rejecting suggestions that they asked for 200 million euros on deadline day, as claimed by Albert Soler.

The Reds had already made it clear that Coutinho was not for sale and emails from July 20 between Oscar Grau, executive director of Barcelona, and Michael Edwards, Liverpool's sporting director, made clear that "he [Coutinho] is not for sale at any price."

In early August, the Blaugrana returned with another offer despite the negative response, offering 90m euros plus another 40m in add-ons.

Edwards could not have been clearer on that occasion.

"I politely request that you stop publicly and privately harassing Coutinho. No amount of money will change our minds," he said in correspondence sent to Grau.

Liverppol accused Barcelona of negotiating with the player in secret but, according to the documents, Grau suggested that this was made up by the Premier League side.

There was, in fact, a 20 page agreement between Coutinho and Barcelona on August 31 and the Brazilian would have earned 115m euros over five years with his agent pocketing 10m if the up-front transfer fee was 100m.

As a result, Liverpool complained and they remain furious with the behaviour of their Spanish counterparts.