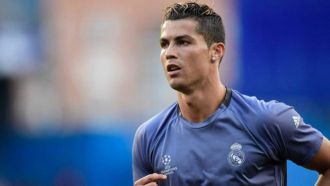 Cristiano Ronaldo insists he hasn't hidden anything from tax authorities

Friday, 26 May 2017
The news that Cristiano Ronaldo allegedly evaded 15 million euros in taxes caught the footballer himself by surprise, according to MARCA sources close to the player and his legal experts.

El Mundo insist that in 2014 he and his advisers failed to declare a significant portion of his income, something the Portuguese star and his circle have now come out to deny.

These claims are linked to ones made in December on his off-shore accounts in the Virgin Islands.

Only 20% of his image rights were accounted for in 2014 and then sold some of the image rights in his name before the Beckham law stopped having legal effect.

Different interpretations as to how much the player is legally required to declare in taxes is the main reason for the claims being made against the player.

That Cristiano Ronaldo voluntarily declared more in taxes than was needed should give him the benefit of the doubt, although he could still be fined heavily for the behaviour.

Authorities say anything from 15 months to five years could be an applicable penalty, although others insist those figures are just to cause alarm and garner attention.

Real Madrid have begun to prepare for the Champions League final against Juventus, in which the club looks for their twelfth crown as champion of Europe.

After winning LaLiga in La Rosaleda, the celebrations in Malaga and the presentation of the title to the Madrid hierarchy on monday morning, coach Zinedine Zidane allowed his staff two days' rest with a specific instruction: disconnect from football and return with your batteries charged.

And what awaits is nothing less than another major final, the third in four years for Los Blancos, a club accustomed to dealing with this type of challenge.

On the mental level, this group are in an unbeatable state. The conquest of LaLiga, an objective long spurned by the staff and the club, has meant a morale boost for the Real dressing room.

However it's already a thing of the past. That's the dictatorial of Madrid; no title lasts forever.

In the ten days remaining before the final at the National Stadium of Wales, there will be eleven training sessions.

Zidane will continue to play a leading role in the work with the ball, as he has done throughout the season. Logically, there will be specific work on a tactical level and video sessions focused on Juventus, but without tying the players in knots, as that is not Zidane's style.

"What most concerns me is what we do, not the opposition," he stated.

On a physical level, the status of the workforce is considered optimal by the technical staff. In this sense, the incorporation of Antonio Pintus has met all hopes that the club (and especially Zidane himself) had held in the Italian fitness coach.

As had happened last season, the team arrives in a good moment of form to the final date of the season.

On the way to Cardiff, there is an obstacle. It will be two weeks (thirteen days, to be precise) without playing a game. A long break for a team that has been playing an average of two games per week throughout 2017.

That's why Zidane has decided that his team will play a game against the youth side, probably on Saturday. It is about maintaining the pace of competition in an environment that minimises the risk of injury ahead of the final.

At present there are two players who continue to train outside the group; Dani Carvajal and Gareth Bale. The former, passed a test on Tuesday and everything points to reach the final, potentially as a starter.

However, there are more doubts regarding the Welshman. In any case, it is about taking advantage of the next few days to try to get them both to the game and in the best possible physical condition.

For the French coach, too much pressure is never good. He commited to that during his time as a player and now, as a coach, he tries to be consistent with that principle.

So despite the importance of the title at stake, the coach has decided not to alter their routines. He will give two days of rest to his players; Sunday and Monday.

Another disconnection period so that his players would enjoy the company of family and friends and forget the tension generated by a Champions League final.

Within the normality that Zidane intends to surround his side with while preparing for the final, even the travel habits of the squad won't change.

As happened last year in the Milan final, the team will travel to Cardiff the day before the game, and so on Friday morning.

The team will stay in one of the hotels reserved by UEFA - the Mercure - and will train at the stadium on the evening before the final, after partaking in the mandatory press conference. As always, with Zidane, normality is law.

Vinicius' agent: He chose Real Madrid for their project

New Real Madrid signing Vinicius Junior could have signed for Barcelona for more money, according to his agent.

The Brazilian wonder-kid, for whom Madrid have paid 45 million euros, is set to stay with Brazilian side Flamenco until 2019 before heading for the Estadio Santiago Bernabeu.

"Barcelona offered more money than Madrid, the player would've earned more" said Frederico Pena, who brokered the deal that was confirmed this week.

"But we arrived at an agreement with Madrid because the player preferred their project more. Some people believe that he chose Madrid for money, but they are wrong.

"Vinicius only concentrated on the sporting aspect and Real Madrid's position in the negotiations was better in that regard."

Vinicius wants to play for another one to two years at Flamenco in order to develop as a player and Madrid were in agreement with the player's stance.

The agent, speaking to Golboesport, said that Madrid's recent signings were a factor in the 16-year-old's decision.

"Varane, Ramos, Casemiro, Asensio, Marcelo," he said. "They all arrived before the age of 22 and they're all very important players in the first team now. Barcelona sign players who already know the team plays, except in Neymar's case, so it is more difficult as can be seen with Arda."

On Vinicius playing for Los Blancos next season, the agent said: "Madrid can sign players like Mbapee. We've got to see the player's development this year and what Madrid will need next summer. Then we'll know when he goes there.

"Vinicius will go to Madrid with his whole family. Such a young lad will need to be surrounded by his own."

Manchester United's victory against Ajax in the Europa League final on Wednesday night secured Jose Mourinho his fourth European trophy as a manager and add further stock to his reputation.

The Special One delivered United to a group of only five clubs to have won both the Europa League and the Champions League, with the former the only trophy that the Old Trafford outfit did not have in their trophy cabinet.

Few coaches can boast to having won two Champions League and two Europa Leagues, and Mourinho can now look back on major success with every club that he has been at.

Since breaking on to the scene with Porto, where he won the Europa League and Champions League in successive seasons, the Portuguese won back-to-back league titles with Chelsea before recording a domestic and European treble with Inter Milan.

A spell with Real Madrid came next, where he lifted the LaLiga trophy and reached the semi-final of the Champions League.

Mourinho then returned for a second spell with Chelsea, where he again lifted the Premier League trophy, and his first season at the helm at Old Trafford has yielded three pieces of silverware, with the Community Shield, League Cup and Europa League all sealed this campaign.

The other five teams to have done it

United now boast to having won every major title, with three European Cups from 1968, 1999 and 2008; the Cup Winners' Cup from 1991 and the European Super Cup which was won in the same year. Added to that, the Old Trafford outfit secured the Club World Cup in Japan in 2008.

Chelsea won the Champions League in 2012 before winning the Europa League the followins season, while in 1971 and 1998 they took the Cup Winners' Cup to Stamford Bridge.