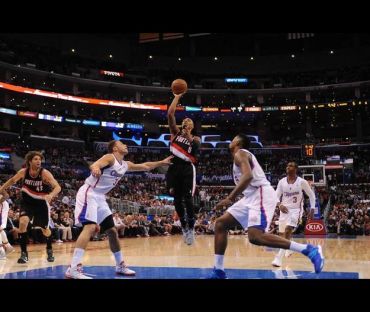 Heads in after 4 days of abstinence due to all star. I don't expect to see anything shocking about this little break from the teams. This other often we see strange results. At first glance, however, I find some points in the total points quite attractive (with Over in the West) so let's go to the juice.

Indiana - Atlanta (+9.5) 192.5   Belly before the break for Atlanta with 5 consecutive defeats. Indiana is in better shape but the 2 defeats in its last 7 are worrying since it lost in its last 3 matches. One in the weak Orlando and the last inside Dallas relatively easily (2-73). In the 81 years between them in Atlanta, the Hawks won 2-97 in the first and the Pacers 87-89 in the second. Due to the handicap, the double has chances, while in the total points I like Under the most, although it does not have the limit that I expected. Under 192.5 Atlanta (+9.5)

Washington - Toronto (+2.5) 195.5  I can't rely on Washington because I consider it much more unstable than the Raptors. I didn't expect the guests to have the handicap since they were in a better condition before the break. They have 3 wins in the last 5 with the capital team counting only one in the same matches. This year, in two matches between them, the Raptors won inside and out. First inside with 96-88 and early January 101-88 in the Wizards. I find all the points good since Under has good luck based on the limit that I expected less here. Under 195.5 Toronto (+2.5)

Philadelphia (+3.5) - Cleveland 209.5  Very good costing since Cleveland can win. But we can not give weight from .. non-existent groups. The Cavs just count 4/4 last while the 76ers 0/8 last. This year, the Cavs won 2 games between the teams and both in Cleveland. Possible Over I see despite the limit here. Cleveland (-3.5) Over 209.5

Detroit - Charlotte (+4.5) 204.5  I don't give a damn since these are very unpredictable teams. I avoid Detroit while Charlotte is capable of winning anywhere. It's just that these stupid Pistons, since they didn't pass their handicaps, I trusted them and in total points with the big scores they brought, but a children's score in one of our proposals recently deprived us of a trio!  No bet

Memphis - N. York (+5.5) 181.5  If Memphis plays as it should, it will win. New York has nothing worthwhile. Apparently the ace will easily make his appearance since the Knicks in their last 6 did not present anything special except for a victory over Denver, having in fact 4 of the 6 at home. Memphis in the last 6 has 3 wins with its 4 away games. In one of these years, the bears passed relatively easily through New York with 95-87. This match with these teams shows for Under despite the low limit. The Grizzlies do not let the matches escape since despite the low limits they put on them (7/10 last under 190) they count 8 Under in them! Memhpis (-5.5) Under 181.5

Milwaukee (+1.5) - Orlando 194.5  The worst teams in the East (along with Philadelphia) don't think they can offer us anything special. The handicap in the Bucks seems logical since in the 2 between them this year Orlando won inside out while in the last 7 Orlando has 4 wins and the Bucks one. However, we do not delete the Bucks, which are not as bad as the numbers show. The set of points here stands out as the best point with the limit that I find it excessive. Orlando comes from 2 Under while counting 7/10 last with the Bucks counting 3 in 4 last. Heavily heavy to give 185 points. Under 194.5

Dallas (+3.5) - Miami 205.5  Open match without a clear favorite. We can't see Dallas at home as an underdog with any team. With 110-104, the Heat won in this year's mid-November. We will not deal with the handicap but in the total points when the attacks of the two teams range in 104 points, Over shows very strongly. How could it not be otherwise when in the last 9 of them we have 9 Over!  Over 205.5

Denver - Phoenix (+1.5) 210.5  Difficult in handicap and big limit in terms of total points. The Over, however, looks closer with the teams having 5/8 Over the Suns and 3/8 the Nuggets but we will just overtake it. No bet

Σ.Σ. All values ​​in the analyzes are of opap and therefore any differences in relation to the proposals from stoiximan