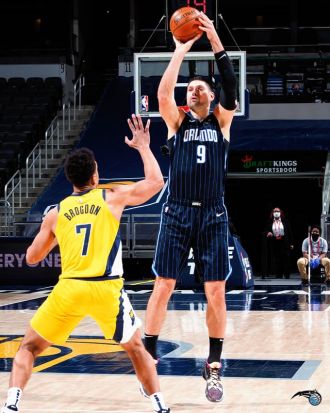 Big game again in Arizona. And yesterday as yesterday we had an extension just yesterday had two extensions. We were absolutely interested in the match because I gave weight and combined it with what I believed in the most, as the photo in the article and the title of the column almost always suggests, namely the Utah ace.
And yet after Booker decided not to fight yesterday, things became very difficult. However, the game came in the last shot in dead time for Denver and Murray scored a three-pointer with a difficult effort. If he wants the ball to enter, he does not ask anyone.
In overtime the exact opposite happened and the Suns in turn scored in dead time with a three-pointer sending the match into 2nd overtime.
How many stamina they had left without Booker and so they lost the match and the point I believed in as much as that of Utah. But reading all afternoon that it is most likely that he will fight and in the end letting him out alienates me.
Now let's go to other games like the one in Philadelphia that regardless of whether we got both points, I can not miss that Embiid finally played and was the best player on the field. They lowered the total points to 216 due to absences but passed the Over.
The Detroit ace went to waste, who, despite what I said about Embiid's participation for Philadelphia, crossed the point with the handicap, while for Detroit Derrick Rose and Blake Griffin did not play in the end, but it came out easy Over despite the 42 points of the 4th period! Incredible things.
Come and see in Dallas - Houston and despite the significant absences of Wood and Oladipo, the rockets parted with 133-108 against the Dallas circus.
But I ate a great pope because I was preparing the 3rd bomb of the day with Houston but the absences of my two players changed my plans and instead I opposed them with the 3rd supplementary sentence later and I ate my face. Here passed the bomb that I did not expect for Minnesota because later it became known that the Timberwolves will rest D 'Angelo Russell and they won the match with a walk in the 2nd half (120-110).
Do not wait until at least 10 to have a complete column. Indiana - Toronto, which starts at 8, will definitely be left out, while marginally, if we catch that of the 11 Clippers - Oklahoma.
You can not write and read for three or four hours and after I upload the column there will be developments that affect my points. The most probable thing that I predict will happen is to upload only the matches with the points of the proposals so that I do not waste my time until things are settled in the NBA. They have taken our souls.
Update: 21: 45
Orlando (+1) - Charlotte (214.5) Although they went the one-point handicap at home, I still consider Orlando a favorite. This happened because it is doubtful and it is possible that Aaron Gordon will not play something that costs the home side offensive with the 15 points he puts. Low in the offensive part are the Magic with 104,9 points while the guests at 107,8 who are almost in their last 4 with 106 points. It thus gives us the right to give weight to the total points with the Under that we will choose. It has already taken a drop of one point since the afternoon.  Under 214
Portland - New York (+4) (215) The next choice for our current duo is again Under and that is why Knicks who have lowered roles in defense and attack. They score and concede fewer points than any other team in the NBA with 101.3 in attack and 102.8 in defense. Portland has lost its rhythm and now especially after the two postponed with Memphis it is difficult to reach its desired limits. In fact, if we calculate that in his last 3 the average of his attack has dropped to 101 points, the limit they give us is covered. Another reason I give it is that the handicap should be bigger according to the dynamics of the teams. This shows that the Knicks will try to keep the Blazers low in their score so as not to escape. Under 215
Let's go for 2 BOMBS since the teams we oppose come from a series of defeats with 0/2. Boston is also a candidate with 0/3 against Cleveland with 3/3 victories in its last but I do not consider the 3.00 odds to be a BOMB. Over 3.50 I would pass it.