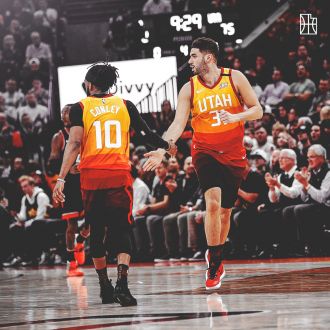 We wanted a little better chemistry in the handicaps (4/6 points) to get something. In Under we were much better but in the three-pointer the point was lost Houston - Detroit to pass at least one proposal
Today we have 6 games with one early at 8 between Boston and New York.
Boston - New York (+7) (211) With the series that the two teams have, we cannot look to the right. With 5/5 last Boston and with 0/5 New York. Even without Tatum the hosts respond very well. Good choice the handicap and the Over with prospects due to low limit. Boston (-7) Over 211
Dallas - Chicago (+7) (227) Chicago spoiled its image the day before yesterday in the last 4 minutes in Oklahoma. Without beginning and end the bulls were sailing. Inside Dallas where he finds his footing they will have a difficult task. The teams for the Over that we will choose have the limit. Dallas (-7) Over 227
Oklahoma (+2.5) - Philadelphia (222) Oklahoma took a breather from a virtually lost game the day before yesterday. But today things are much more difficult with the 76ers having the first reason to win. I find Under a good case since as I wrote in other columns Oklahoma is not doing well in the attack and despite the big score the day before yesterday with extra time, it has an average of 106 points. Phildelphia (-2.5) Under 222
Denver (+1) - Utah (220) Utah may be a marginal favorite, but that's the logical thing to do. Utah, which is going through a training period with 4 consecutive victories, can escape with the double. And here I see Under as a better choice. Utah (-1) Under 220
Sacramento (+2.5) - N. Orleans (226.5) The only match today where the first choice from here is Over while in the handicap things are difficult. The instability that the Pelicans showed the day before yesterday in the Lakers does not motivate us to deal with the double. They won with 18 points in the 2nd period and lost the match 95-112, thus completing 5 consecutive defeats. Sacramento runs scoring and easily conceding points.  Over 226,5 Sacramento (+2.5)
LA Clippers - Indiana (+6.5) (219.5) I was surprised by the easy victory of the Pacers the day before yesterday in Portland. With a very good defense and a score of 111-87. But I do not see it appearing in LA and I will oppose it as I did with the Blazers. Ace the first word and Over as the second choice. LA Clippers (-6.5) Over 219,5