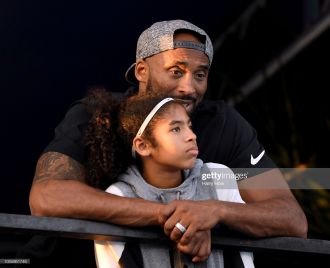 The column was absent yesterday but unfortunately at the time I was writing, they turned upside down and I could not just complete it, but also the sentence I wanted to pass.
Dizziness which in 5 minutes took a crazy form and I could not even walk if I did not touch somewhere.
The thing is that while we all sometimes have a tendency to vomit and after a while it happens, it came to me in DT time!
Without feeling anything in the stomach within 15-20 seconds came the vomiting without having time to go to the toilet.
Anyway I fell asleep after taking a special pill for vertigo and in the morning I was much better. Although there is no trace of vertigo now I feel in my head what happened before as if I had drunk half a bottle of whiskey the day before.
Since he had a few matches yesterday, I wanted to write something about the completion of one year from his loss. Kobe Bryant but this happened to me on that particular day.
In ours now and with yesterday's Under. Three games yesterday and all 3 were Under with my choice to be in Utah first against New York which I can not easily look at Knicks for Over, and in the first game of the day Atlanta - Clippers.
But the vertigo started when I was looking for the developments regarding the absence of Leonard and George for the Clippers because of Covid-19. Given their absence, Under seemed very likely. I would leave out the other match from anywhere between Houston and Washington. This, however, even if it came Under.
The irony is that for 2 days we gave suggestions with Under and yesterday when the air came out we were absent.
I will wait a while to see some things and I will update with suggestions from specific matches. I saw that there is interest in some of the points totals.
Update: 21: 45
So let's go see the matches I chose for the total points.
Handicap
N. Orleans - Washington  The boring defenses of both teams motivate us to see the Over to a limit that for these teams does not seem excessive. Washington receives 120,2 points while New Orleans 111,5. From 8/11 Over, Washington came before the break with the postponed games and with limits that exceeded 230 points. In the last two it slowed down a bit but the one that went up is New Orleans in its last 4. With Sacramento 128-123 with Utah 102-118, with Utah again 118-129 and with Minnesota 110-120. The existing limit does not allow us to look down. Over 226.5
Golden State - Minnesota  Without being guided by their game the day before yesterday with 130-108 for the Warriors, I believe that today we can see an even bigger score. Of course, Minnesota will help with Malik Beasley who is in a very good condition (30 points the day before yesterday) but also the possible participation of D 'Angelo Russell who showed how much he is missing from the team of wolves. Ricky Rubio (6.3) who replaced him the day before yesterday does not have the (20,5) points average. Over 228.5
There are many Under candidates today and I have to single out two of at least 4.5 matches. I like Charlotte - Indiana Under (220), Cleveland - Detroit (215), Orlando - Sacramento (224) Miami - Denver (219.5) as well as Phoenix - Oklahoma (216.5) but I wanted that close to 220 points.
Sets of points
Cleveland - Detroit (215) We see that despite the 272 points that Cleveland scored in 2 games against the Brooklyn circus defense, his average in attack is 104,5 points. And the 108 he put the day before yesterday against the Lakers were many. Detroit with 109,5 points dropped significantly in the last 3 with 105.3 points. To say that in the previous one about a month ago we had a big score but with 2 overtimes and the regular duration to end with 202 points. Under 215
The 2nd option in Under sticks in the matches Orlando - Sacrmanto (224) and Miami - Denver (219.5) but this will be the 2nd option for the proposal.
Miami - Denver (219.5) Only the 98-95 to see the day before yesterday of the Heat against Brooklyn, in fact we can say that the selection in Under with a team especially like Denver has value. The Nuggets can count 116,8 in the attack but they are the team with the most overtimes 5 in number with the double against Finikas. In the last 7 if we exclude the 2 with extension he receives 105.8 points with teams like Brooklyn, Philadlephia but also Golden State and Pheonix. I confess that here I was waiting for the limit a little low, which made me suspicious, but with Miami, which also scores hard and accepts hard, although against Denver, I believe that it has value. Under 219.5