Jose Mourinho's team is not excited 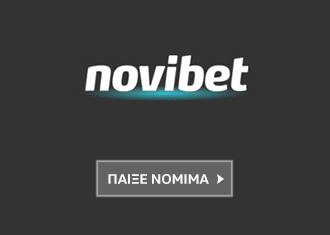 He is not thrilled with the football played by Jose Mourinho's team and there is a whining about the passive way he treats the games. With 2 defeats in the last 3 games, Manchester comes in a run of 4-0-2. It has 5/6 under 2.5 and 6/6 N / G in the last matches. Chelsea, on the other hand, is going through a crisis with Conte being questioned. He is running a 2-2-2 streak with two defeats in the last 3 games. Measures 5/6 over 2.5. I expect a close game with a draw that looks like a possible result. X and under 2.5

Panaitolikos has risen competitively after the arrival of Traianos Dellas. It runs a series of 3-2-1. In the last 6 matches he has scored 7 goals and conceded 3. Corfu is fighting for its salvation in the Super League. With two wins and one draw in the last 10 games (2-1-8) they are in a very bad situation. In the last 6 away games he has conceded 13 goals. He is still without a double in the championship. 1 and under 3.5

Juventus is in a terrible situation in the championship since they have won 9 consecutive games, conceding just one goal. Atalanta comes from the exclusion in the Europa League from Dortmund. He is chasing a European ticket in the championship. It runs a series of 3-2-1. He has scored in the last 5/6 games. Away from home, he scores for 6 consecutive games. 1 and G / G

Portimonense has three victories in the last 4 matches, where it measures 5 consecutive over 2.5. In the last 4 games he has scored 11 goals and conceded 5. At home he has scored in the last 6/8 matches. Porto, on the other hand, are at the top and want to keep the difference from second-placed Benfica. He runs 5-1-0 in a row, being the only undefeated team in the league. Measures 4 consecutive over 3.5. 2 and over 2.5