Away from home, he scores for 8 consecutive games 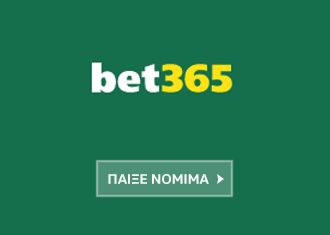 Atalanta is in good condition where it is chasing a European ticket. It runs a series of 3-1-2. At home, he has conceded goals in the last 4/6 matches. Fiorentina measures just one win in the last six games. It has 5/6 G / G. Besides, he has scored in 7/8 matches. G/G

Betis has four wins in the last 6 games and two defeats. 5 of them ended over 2.5. At home he concedes goals for 5 consecutive games. Real is coming with speed from its victory against Paris. Measures 4 consecutive over 3.5 and G / G. He has scored 4 goals in these 18 games. Let's go to G/G and over 2.5.

Milan, which is undefeated in 9 matches in all competitions, has risen in the competition. For the championship measures 4 wins and 2 draws. Sampdoria runs 3-2-1. Despite defensively, he concedes goals easily after having conceded in the last 7/10 games. Away from home in the last 6 games he has 1 win, 1 draw and 4 defeats having conceded 14 goals. Ace

Midland started the championship with a victory after the interruption and measures 6 consecutive victories. He has 4/6 over 2.5 since in these 6 games he has scored 16. Finally at home he is undefeated counting 9 victories in an equal number of games. Copenhagen, on the other hand, is going through a bad season since it has been left out of goals in all competitions. It runs 2-1-3 in a row. He has a problem in defense as he concedes goals for 7 consecutive games. Ace

Lugo is trying to get into the playoffs and fight for promotion. Nevertheless, it has ups and downs in its performance (2-2-2). At home in the last 10 games measures 7 wins, 1 draw and 2 losses. Barcelona B runs 3-1-2 in a row. She easily concedes goals after her home has been violated in 13/14 matches. Away from home comes two victories. Ace