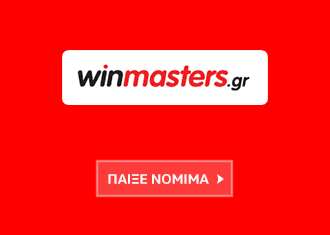 ** SLAVIA MOZIR - ISLOCH: The teams are governed by instability with Slavia Mozir conceding goals in the last 10 of the league. In the last 6 inside with 5 G / G Slavia Mozir. G / G & Over 2.5 in the last 2 except Isloch. Over 2.5. Stats

** SUNSWALL - DEGERFORS: The teams scored in 9 of the first 10 games they played. G/G. Stats

** SANTEFORD - MOLDE: Bodo Glimt and Molde are the teams that made a difference from the first games of the league. Reference point is the 33 goals that Molde scored in the first 11 matches with 10 Over 2.5 in them. Molde Over 1.5, in total Over 2.5 and - 2 -. Stats

** ARSENAL - CHELSEA: Similar behavior the teams from the third ten days of June. Both come from big wins / qualifiers against City or Arsenal, and against Manchester United Chelsea with their game and psychological level up. Both teams will score in a match that can go anywhere. G/G & Over 2.5.

** BRAND - VALERENGA: Bran ignores the victory in the 4 most recent, in Molde Valerenga lost after an undefeated in the 7 immediately preceding.Stats

** JUVENTUS - ROMA: I do not like Sari, he is normally crazy and it is not for the bench of Juve, a position I had from the first day he came to Juve. Deformed with 2 wins in the last 7 games Juve. Roma with finals having 6 wins and 1 draw with their attack scoring 20 goals in them. Easy goal inside and Juve. G/G & Over 2.5. Stats

** MILAN - KALIARI: Towing formation by Milan coming from 8 wins 3 draws in the last 11 of the championship with 32 goals assets. After 4 defeats and 4 draws, Cagliari managed to win. Over 3.5. Stats

** BENFICA - PORTO: Lined up with 4 wins and 1 draw in the last 5, Benfica shows after the many gels that cost them the championship. Porto took advantage of Benfica's ills by cutting the thread first. Today's match is of tactics and psychology without a favorite and an underdog. G / G.

** ILVES - HELSINGFORS: Ilves has not won in the last 4, although it gave 3 of them at home with its attack scoring only 2 goals. With 3 victories in the 4 most recent Helsingfors that in 2 outings managed 2 victories without conceding a goal. - 2 - . Stats

** CLUB BRIZ - ANTWERP: Prices are selling crazy. The teams with Antwerp went undefeated so far, except for the seats of Kotraik and Standard L. The match was neutral. Value right. - 2 -.Stats

This summer will be hot at Pamestoixima.gr | 21+