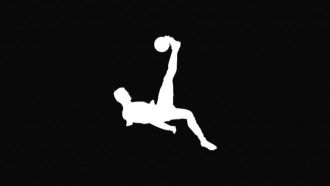 Cristiano Ronaldo mentioned one of the best goals of his career in Turin on Tuesday night as he executed a perfect overhead kick to put Real Madrid 2-0 up against Juventus, a goal that could become as iconic as Michael Jordan's free-throw line dunk in the NBA Slam Dunk Contest of 1988.

Jordan was willing to try out the move in front of a national audience and it has not been forgotten since; Ronaldo's goal could have the same impact.

Not only does the icon become the epitome of sporting excellence, with a statue of the dunk being unveiled outside the Chicago Bulls' United Center in 1994, but Jordan has turned the image into a global brand with his apparel sought after by millions around the world .

Even today, Jordan is immortalized by both adults and children with his transcendence going far beyond just being a basketball player.

Ronaldo has entered the Louvre of Sport with this goal, which is arguably the icing on the top of what has been an outstanding career and one that shows no sign of slowing down, even at the age of 33.

Long after he retires, he will be remembered for this goal - beating one of the world's greatest goalkeepers in Gianluigi Buffon in the process.

The Juve fans responded to the finish by giving the Portuguese a resounding applause for his moment of brilliance; some held their head in their hands, including Madrid head coach Zinedine Zidane, who held one of the Champions League's most famous goals with his volley in the 2002 final against Bayer Leverkusen.

He is the competition's all-time leading goalscorer with 119 goals, but this most recent goal encapsulates his brilliance and the comparisons to Jordan continue.

Prior to 1988 Jordan had already shown his greatness by scoring 63 points against Larry Bird's Boston Celtics at The Garden, but his dunk cemented his place in history with one iconic move.

Suddenly it would appear that Cristiano has gained unanimous respect that he has so often been denied due to his apparent arrogant personality.

From every corner of the globe, praise rained down on the Portuguese, including from the likes of LeBron James who uploaded the goal to his Instagram account and achieved more than 1.5 million likes.

"There's nothing like being persistent and maintaining confidence," terned Fernando San Emeterio, the Valencia basketball player.

"How many overhead kicks have been attempted [by Cristiano] and not ended up with the same result, with the consequent criticism and laughter from others?"

"In the end, a historical golazo and the fans in Turin applauding."

It should be taught in schools: the triumph of persistence and work ethic.

The previous day he attempted the overhead kick in training at the Juventus Stadium and has been looking for a goal like this throughout his career.

"I've failed over and over again in my life," Michael Jordan famously said.

"And that is why I succeed."