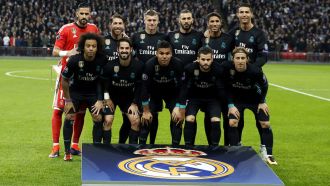 Real Madrid's crisis has led to opinions being circulated from far and wide, and it seems there is a consensus among fans that the players' form is to blame.

Having been asked by MARCA, the supporters have been clear where they feel it has been going wrong for the team.

More than 50,000 cast their vote in a survey and over 40% felt that it was the players that were at fault.

Zinedine Zidane was not cleared from blame and he was in fact the third most voted option for letting leave Danilo, Pepe, James Rodriguez and Alvaro Morata in the summer transfer window.

Isco is not to blame

In a more detailed analysis, the question was also asked where the blame lies among the players in the first team and which have not been performing at their normal level.

Isco along with Keylor Navas, and Dani Carvajal did best in the voting and were seen to be least responsible while others like Nacho, Raphael Varane, and Marco Asensio, did not receive the ire of the fans and neither did Mateo Kovacic, Dani Ceballos, and Marcos Llorente.

Among those who play regularly, the worst rated was Karim Benzema.

Only one in ten voters feel that the Frenchman has performed well in the last month. Gareth Bale is second on the list, despite being sidelined due to an injury and Cristiano Ronaldo and Marcelo follow after that.

They must fight back

As things stand, the fans have a pretty clear idea of who the club should sign during the winter transfer market, with almost 80% voting to strengthen the squad, and most want to see a striker come in.

In spite of everything, Real Madrid should not lose hope. There is still a lot of time still to go in the season and it is a team that traditionally battles back. Only 40% of the fans believe that the Spanish giants will not win any titles this season, so more than half are still confident in Zidane's men.

Cristiano Ronaldo: I do not see myself as a coach

Real Madrid's star man Cristiano Ronaldo opened up about his future and claimed he did not plan to become a coach.

Time is ticking for the Portuguese and many are wondering what will be the next step after he hangs up his boots.

"It is difficult to say what I will do in the future, but one thing is clear to me: I like to live in the present," the striker said in an interview with Nike.

"I know I will not be young forever, I do not see myself as a coach today."

In addition, the 32-year-old revealed his secret of never getting tired of winning.

"What always keeps me motivated is the fact that I always play football, this is what I like to do, I feel good and I want to continue," he explained.

Ronaldo also pointed to the need for hard work as well as talent.

"Talent, if you do not have talent, forget it, but of course, if you have talent, you work hard and dedicate yourself, you will be much better, but as I told you, I have talent," he said.

He also remembered how he started out as a player.

The star of Tottenham Hotspur's 3-1 victory over Real Madrid, Dele Alli, is now courting the interest of Los Blancos.

Within the current Spurs squad there is an awful lot of talent and almost every single player stands out, however, the two who receive the most attention are Alli and Harry Kane.

The pair are the club's crown jewels and it is little surprise that the Spanish giants are keeping tabs on both.

MARCA reported a week ago that the defending European champions were scouting the stars of the North London club, now things have progressed to the degree that the former Milton Keynes Dons playmaker is seen as someone with every attribute to fit in at the Estadio Santiago Bernabeu.

In recent weeks, various members of the football fraternity have encouraged the Los Blancos hierarchy to keep an eye on the 21-year-old.

A bold personality and incredibly gifted on the pitch, Alli has made an impression on both Florentino Perez and Jose Angel Sanchez.

Actually signing him will prove to be problematic though, as dealing with Spurs always presents one specific obstacle.

One so challenging that it encouraged Manchester United and Sir Alex Ferguson to block all contact with the London club.

That obstacle is Daniel Levy, the current chairman and part-owner of Tottenham Hotspur .

He's gained a reputation for being a ruthless negotiator with very little patience for fair negotiation.

He looks to get the very best deal for his club and will not budge.

To that end, Real Madrid were forced to overpay for Luka Modric, although history has shown this to be a worthwhile investment.

They also paid a fee just shy of the world record for Gareth Bale in 2013.

After Neymar and Kylian Mbappe both arrived in Paris for fees upwards of 100 million euros, it seems inevitable that Levy would demand an equally high fee for his star players.

Zinedine Zidane has been careful for the club not to become involved in any of the transfer auctions in the last two seasons, and as a general rule the president has elected to go with whatever the French coach has wanted.

If he doesn't repeat the success this term though, it may well be the case that Perez will look to make a characteristic splash in the transfer market.

If so it seems that Alli will be the target.

Just 48 hours before this weekend's Premier League clash with Chelsea, Manchester United manager Jose Mourinho appeared in a Madrid court on Friday to testify in front of a judge regarding charges surrounding tax evasion to the tune of 3.3 million euros (£2.9 million) between 2011 and 2012.

In June, the 54-year-old released a statement through his agent in which he said he had settled the matter with Spain's tax authorities - a point he reiterated upon leaving court on Friday after a brief hearing.

"It's simple. I left Spain in 2013 with the information and conviction that my situation with the tax authorities was perfectly legal. A couple of years later I was told that they opened an investigation and they told me that in order to normalise my situation I had to pay X," Mourinho said.

"I didn't reply, I didn't argue. I paid and I signed with the State that I'm in compliance and that the case is closed. For this I was just here for five minute(s) to tell his excellence the judge exactly what I've told you. Nothing else."

The judge will decide whether or not the case will proceed to trial.

Spanish courts have recently cracked down on tax evasion among leading football figures, including Barcelona's Lionel Messi and Cristiano Ronaldo of Real Madrid.

Messi was sentenced to a 21-month suspended jail sentence and fined 2.1 million euros in 2016 for similar charges, with the jail term later replaced by an extra fine.

In July, Ronaldo gave evidence accused of evading 14.7 million euros on his image rights between 2011 and 2014 and the judge is still to decide whether or not to proceed with the case.

Coutinho ruled out, Mane could return for Liverpool against West Ham

Liverpool midfielder Philippe Coutinho will miss their Premier League trip to West Ham United on Saturday, but forward Sadio Mane could make a return at the London Stadium, according to manager Juergen Klopp.

Coutinho is set to miss his third consecutive match with a thigh problem, while Mane trained with the first-team squad on Thursday for the first time since suffering a hamstring injury on international duty last month.

"Phil is not available," Klopp told a news conference on Friday. "With the rest, it will be close.

"Sadio trained for the first time with the team (on Thursday) and looked really, really good.

"He looks like he's ready for 20-25 minutes but we have to wait and see how his body reacts from Thursday's session.

"It was pretty intense for him as it was his first football session for a long time but he did really well."

Despite his injury, Mane was included in Senegal manager Aliou Cisse's 25-man squad for their final round of World Cup qualifiers against South Africa on Nov. 10 and Nov. 14.

Klopp said he has no problem with the call-up but he would like Mane to be rested for the second match if the African nation secure their place at Russia 2018.

"We cannot sit here, ignore the situation of Senegal and say, 'we don't care if they play at the World Cup'. That's not nice and it's not right," he added.

"We are trying to get in contact with the Senegal FA. If he has a few days training with them and they get the points they need (to qualify), then maybe we can talk to them and ask if it is necessary to play the second game."

The Merseyside club are sixth in the league with four wins, four draws and two defeats this season.

Istanbul's Ataturk Olympic Stadium, the scene of a memorable final in 2005 that Liverpool won on penalties after trailing AC Milan 3-0 at half-time, is bidding to host for the second time.

This season's final will be held at Kiev's Olympic Stadium and the 2019 showpiece at Atletico's new Wanda Metropolitiano venue.

UEFA also said the Arena Gdansk in Poland and the Estadio do Dragao, in Porto, Portugal are bidding for the 2020 Europa League final, while the Austria Vienna, Standard Liege and Dinamo Moscow are competing to host the 2020 Women's Champions League final.