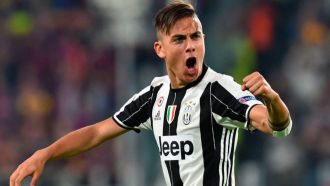 If Neymar is to leave Barcelona for Paris Saint-Germain this summer, the club already have their replacement identified and that is Juventus' Paulo Dybala.

There are two scenarios that could lead to the Brazilian's departure, the first of those being PSG match his 222 million euros release clause at which point Barcelona can do nothing about it.

The second is that Neymar requests parity with Lionel Messi's salary, something that the club would not contemplate at this time.

As crazy as it once seemed, Neymar could seriously leave the Camp Nou for the Parc des Princes this summer and Barcelona's attention would then immediately turn to Dybala.

Barcelona and Dybala have spoken before and the Argentine is interested in moving to Catalonia at some point, so discussions would not be starting from scratch if they were to open again.

Dybala is a player that Lionel Messi respects and enjoys playing with at international level, which would make the loss of Neymar easier to deal with for the No. 10.

The former Palermo player, too, would be more than happy to join Messi at the Camp Nou, which was also a decisive factor in Neymar's choice to join Barcelona over Real Madrid when he left Santos.

Valverde: Neymar? For now there's nothing to worry about

Though he was bombarded with questions about Neymar at his pre-match press conference, Barcelona coach, Ernesto Valverde, suggested there was nothing to worry about.

With Juventus their first opponents of pre-season on Saturday evening, it was clear from Valverde's demeanour that focus was entirely on the game against the Italian champions.

"This is a time of rumours, we understand that, but Neymar is with us and he is a player that we love a lot for his football and for what he brings to the dressing room," he said to an enthusiastic press pack.

"I have not spoken with him about his future, we have talked about tactical questions.

"We count on him absolutely."

It's the coach's first game in the Blaugrana hot-seat and one in which he will be able to assess how well he has got his message across.

"I'm dealing with it normally and, at the same time, there is expectation," he continued.

"It's not an official match but I want to see my team in a competitive game...I'm getting to know them a little bit more each day in training.

"We are facing the first game of the preseason and it is clear that we are not up to full speed yet, so we will divide the match time between all of us and will make lots of changes so that everyone can play."

Paulo Dybala has been mentioned as a replacement for Neymar, should he leave, but Valverde was coy when asked directly.

"If you sign someone, you do so because you know they will come to improve the team."

The possible transfer of Neymar to Paris Saint-Germain is clearly something that has rocked the Barcelona dressing room, but Sergio Busquets sounded a word of caution to the Brazilian during his pre-match press conference, suggesting his colleague wouldn't find anywhere better than his present club.

Juventus are the Catalans first opponents in pre-season, but most of the build up has been dominated by off-field matters.

"I hope Neymar stays for many years," Busquets said to reporters.

"He's not going to find anywhere as good as it is here in Barcelona, but I don't know anything else.

The Bianconeri are bound to present a stiff test for a team that they knocked out of the Champions League last season.

"I value it positively, to be here, in a tournament that every year has a higher level," the midfielder continued.

"The game will be difficult, physically and tactically, it is still early and we are playing against good opponents.

"It will not be like a Champions League game, at least from a competitive point of view."

Asked if Barcelona were at the end of a cycle or ready for a new start, Busquets suggested it was a media-led issue.

"It will be my tenth season and in the first one we won the treble," he said.

"It seems that as soon as you don't win a treble, an era is over.

"We are already thinking about winning many titles but regarding cycles and generations, it is more a thing of yours than ours."

Conte confirms Diego Costa has no future at Chelsea

Chelsea striker Diego Costa was told in January that he would not feature in the Premier League club's plans for the upcoming season, manager Antonio Conte said on Friday.

Costa scored 20 goals in 35 league appearances in Chelsea's title-winning campaign last season amid local media speculation that he has an unfavourable relationship with the Italian manager.

The 28-year-old was left out of the Chelsea squad for the pre-season tour of Asia, starting with a game against Arsenal in Beijing on Saturday.

"In January, the Costa situation was very clear for the club, for him and his agent," Conte told reporters.

"I don't like to talk about players that don't stay here -- for me the situation is closed."

Conte was keen to welcome Alvaro Morata into the squad after Chelsea agreed a deal to sign the Real Madrid striker on Wednesday.

According to media reports, Chelsea would pay around 70 million pounds for Morata, which would shatter the club's current transfer record by eclipsing the 50 million they spent on Fernando Torres in 2011.

"We have added a fantastic striker, even at a young age he has won a lot already and we are looking forward to welcoming him to the squad," Conte added.

"He (Morata) has played with Real Madrid and Juventus and has a lot of experience for the league and also in the Champions League."

Following the game against Arsenal, Chelsea travel to Singapore next week for games against Bayern Munich and Inter Milan.

English champions Chelsea have completed the signing of Spain forward Alvaro Morata from Real Madrid on a five-year-deal, the Premier League club announced on Friday.

The west London outfit said on Wednesday they had agreed a deal to sign the 24-year-old who has now passed his medical and will join the squad on their pre-season tour of Asia.

"I'm so happy to be here. It's an incredible emotion to be part of this big club. I'm looking to work hard, score as many goals as I can and to win as many trophies as possible," Morata said on the club website (www.chelseafc.com).

British media reports said Chelsea would pay about 70 million pounds ($90.92 million) for Morata, which would shatter their transfer record of 50 million for Fernando Torres in 2011.

Chelsea were looking for a striker because their Brazilian-born Spain international Diego Costa is set to leave the club having not travelled on their tour to China and Singapore.

"Alvaro has proven class at the highest level and his quality will be a huge asset to (manager) Antonio (Conte) and the squad," said Chelsea technical director Michael Emenalo.

Morata came through the youth ranks at Real and made his debut in 2010, but left four years later for Juventus.

He helped the Italians reach the 2015 Champions League final, scoring a decisive equaliser against Real in the semis.

Real exercised a buy-back option last year and Morata helped them win the Spanish title and a second straight Champions League last season but usually found himself on the bench.

He scored 20 goals in all competitions in just 17 starts, giving him the best goals to games ratio of all Real's strikers.