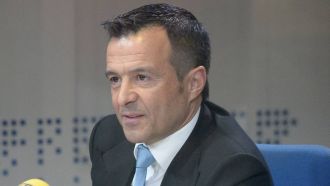 Thursday, 13 July 2017
Portuguese tax inspectors were examining the accounts of football super-agent Jorge Mendes on Wednesday, his company said, two weeks after he was charged in Spain with tax fraud.

Portuguese tax inspectors were examining the accounts of football super-agent Jorge Mendes on Wednesday, his company said, two weeks after he was charged in Spain with tax fraud.

The 51-year-old Mendes represents Cristiano Ronaldo, Jose Mourinho, Radamel Falcao and a host of other top earning stars, many of whom are being investigated in Spain over allegations they hid earnings from image rights in off-shore accounts.

Inspection being carried out

"An inspection procedure is currently underway and it is being carried out in normal conditions," a spokesman for Mendes's firm Gestifute told AFP on Wednesday, adding the company had already been subject to a series of similar inspections that had passed off without incident.

The investigation in Portugal concerns the past three years and is focusing on whether Mendes had created shell companies for his clients, a charge which he recently denied in a Spanish court investigating alleged tax evasion by Monaco striker Radamel Falcao.

Spanish prosecutors have accused Mendes's most celebrated client Ronaldo of $16.76 million (14.6 million euros) tax fraud and he is due to testify in court on July 31, who had his private yacht searched earlier on Wednesday as he holidayed in Spain.

Spanish weekly magazine "Hola" have published pictures of three armed agents from the inland revenue on the yacht as the player holidays with his family.

Spanish tax authority agents carried out an inspection on board Cristiano Ronaldo's yacht this morning with weekly "Hola" publishing photographs from the operation.

In the published photographs three armed agents are seen boarding the Portuguese star's vessel, the 'aYa London' just as the player returned form lunch on the Balearic island of Formentera. Hola state that a dinghy carrying three operatives left a bigger coastal customs boat to carry out the inspection on the yacht currently being rented by the Madrid striker.

The inspection lasted just over one hour and thirty minutes and it's reported that the player remained totally calm at all times as a relation dealt with the tax inspectors and the player remained inside with his girlfriend Georgina and his mother Dolores Aveiro whilst the search ensured.

Barcelona's big stars, plus Arda Turan, are travelling to Japan to present the new sponsorship deal with Rakuten.

The pre-season for Messi, Neymar, Piqué and Arda Turan won't start on the training pitches at Sant Joan Despí, but in Tokyo, where they'll be the face of the Catalan club in the presentation of the sponsorship deal with Rakuten, the new principal sponsor of Barça for the next four years.

According to the club, the three Barça stars plus Turan, who isn't in Valverde's plans for the coming season, will arrive in Japan between today and tomorrow and then have a busy schedule planned in the Asian country, while their teammates are back in Barcelona, starting training alongside the new coach.

On Wednesday, the players, alongside Manel Arroy, Marketing and Communication vice-president (surprisingly club president Bartomeu didn't make the trip) have a private meeting with Hiroshi Mikitani, founder and CEO of Rakuten, before the press conference to officially launch the partnership on Thursday.

Sevilla's club president, Angel Haro confirmed the news as Vitolo will sign a new five year deal to keep him with the Andalusian outfit until 2022.

It seems as though Vitolo to Atletico Madrid is dead in the water as Sevilla president Angel Haro confirmed that Vitolo will sign a new five year deal to keep him at the club until 2022. The club were keen to accelerate negotiations to ensure Eduardo Berizzo has him for next season and to keep him out of the clutches of Diego Simeone's side.

Vitolo will renew until 2022 and a release clause will be placed in his new contract that ensures he won't be leaving the Ramon Sanchez Pizjuan for anything less than €50 million. The player's salary has improved drastically too due to the renewal.

Diego Simeone was intent on bringing the panish international to Atletico despite the Colchoneros having a transfer ban in place. A loan deal to Las Palmas was mooted but the delay in completing the deal has allowed Sevilla to out-manoeuvre Atletico.

The club presented Pizarro and Banega on Monday afternoon and the president said he was delighted that Vitolo would renew and wear the red and white of Sevilla for another five years.

The Brazilian striker wants his fellow countryman to move to the Camp Nou and celebrated Messi's new deal with Barça.

Barcelona striker Neymar said he wants fellow Brazilian Paulinho to sign for his club, and also commented that he was delighted at Messi's recent contract renewal.

"Paulinho is a friend of mine in football. I want him to sign for Barça because with a player like him, who's also a mate of mine, we'll get so much", said the Brazilian striker in the mixed zone after participating in a friendly tournament.

Brazilian midfielder Paulinho is one of the big names at Chinese club Guangzhou Evergrande and also a regular starter in the Brazil side, where he plays alongside Neymar. Barcelona have admitted to interest in the player.

Neymar also said he was delighted that fellow Barcelona star Leo Messi had signed a new deal, commenting that the Argentinean "can't leave Barcelona because he's an ace".

"We have to have him, otherwise things get complicated", said Neymar, who added that the aim for next season is "to win everything, while always enjoying our football".