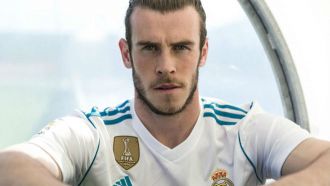 Tuesday, 27 June 2017
Despite some suggesting that Gareth Bale's time at Real Madrid might be coming to an end, the club's hierarchy and Zinedine Zidane see the Welshman as untouchable, and will not consider letting him leave.

The player himself is also focusing solely on spending next season at the Estadio Santiago Bernabeu, after his importance to the team was transmitted to him upon completion of the 2016/17 campaign.

Having started the past season in fine form, the injury he picked up in Lisbon understandably became a sizeable hurdle that dictated his performances from then on, but the club are confident he can return to his best next year.

Uncertainty surrounding Cristiano Ronaldo's future in Madrid only adds to the importance of the former Tottenham Hotspur winger in this current Los Blancos team.

Bale's deal at the Bernabeu is set to run until 2022, the Welshman having just signed an extension in the last nine months, and as such the player has no intentions to depart.

There had been interest from Paris Saint-Germain and clubs from the Premier League, but given he turned down similar offers in favour of moving to Madrid, his heart is still with the club he claims to have dreamed of playing for since childhood.

Zidane loves having Bale at his disposal and the club are happy to keep hold of him, meaning the Wales international will remain in Spain for one more year at least.

Given that Alvaro Morata could seal his move away from the Estadio Santiago Bernabeu to Manchester United this week, Real Madrid's directors are already working on restocking the attacking department and contract has been made with Kylian Mbappe's family.

First, Los Blancos confirmed that the 18-year-old is keen to join the club, before president Florentino Perez spoke this week with the player's father, who occasionally assumes an agent-like role.

Although the forward has always said that he'll have the final word, it is his father who will negotiate his future and he has been sceptical of a move to the European champions due to fears over a possible lack of playing time.

According to Telefoot, Perez explained to the father what role the forward would have in Zinedine Zidane's squad and how he could progress up the pecking order in the coming years.

Perez wants to be sure that all of those in Mbappe's circle are keen on the move before a concrete offer is made to Monaco.

Then, it shouldn't take long to make the transfer happen, even if the Ligue 1 champions are thought to be offering him a new contract.

Guti: Coaching Real Madrid's first team is a target, but it's a long way down the line

The Real Madrid youth team coached by legend Guti Hernandez has secured a treble after beating Atletico Madrid in the Copa del Rey final, and the 40-year-old has discussed his happiness in the role.

He retired from football in 2011, one season after leaving the Estadio Santiago Bernabeu, and since 2013 he has been back coaching at his boyhood club, with lofty ambitions.

"As Real Madrid fans, we want [Zinedine] Zidane to continue [as coach of the first team] for many years," he told the 'El Transistor' show on Onda Cero, as well as Radio MARCA.

"I will continue to do so as well.

"I aspire to the maximum and it would be very stupid to say that it is not a target of mine to coach the first team.

"But, at present, it is still a long way down the line."

Reflecting on his current job, Guti explained he is happy working with the Under-19s.

"I'm really happy with the opportunity that Real Madrid have given me."

He also went on to praise Real's exciting midfielder Marco Asensio, who is currently competing in the European Under-21s European Championship in Poland.

"He is a much better player than I was," he followed on.

"He has the world at his feet."

Asensio had a breakout 2016/17, scoring the first and last goals of Los Blancos' historic campaign.

The 21-year-old was on loan last season at Ajax Amsterdam, who finished runners-up in the Dutch top flight, scoring nine goals in 24 league games.

Ajax also reached the Europa League final where they lost to Manchester United having knocked Lyon out in the semi-finals when Traore scored twice.

He joined Chelsea from Burkina Faso's Association Jeunes Espoirs De Bobo-Dioulasso in 2013 and went on loan to Vitesse Arnhem the following year.

Traore returned to make his Chelsea debut just after his 20th birthday in a Champions League game against Maccabi Tel Aviv in September 2015.

He netted four goals in 16 appearances for the west London club including scoring in three consecutive games in 2016.

Lyon finished fourth in Ligue 1 last season to qualify for the Europa League.

Real Madrid loaned Marcos Llorente to Alaves last season and were happy with the way it worked out, so much so that they are considering sending Enzo Zidane to the Estadio Mendizorrotza for the 2017/18 campaign.

It was, in fact, Llorente who convinced the 22-year-old that it would be a good idea to spend a year with the Basque club.

Alaves expect to finalise the deal this week, keen to re-strengthen after losing Llorente this summer, along with Real Madrid-bound left-back Theo Hernandez.

With Mauricio Pellegrino leaving for England, there will also be a new head coach at Alaves this season, with Luis Zubeldia having taken over.

The Court of Arbitration for Sport's sanction means that Atletico Madrid remain banned from signing any players until January, however former Manchester United star Zlatan Ibrahimovic would be recovered from his double knee injury by then and could be the perfect fit.

Los Rojiblancos feel he could be an alternative to Chelsea's Diego Costa because his return is becoming complicated due to the fact he cannot play until the new year and wants to represent Spain at the World Cup in 2018.

During the next six months, Costa would need to find a team to be loaned to, otherwise he faces losing his place in the national team.

According to Tuttosport, Ibrahimovic would be an ideal purchase and is available for selection just when the ban comes to an end for Diego Simeone's side.

An agreement or a mess for Diego Costa

Atletico Madrid can't register new players until January 2018 but the case of Diego Costa remains a priority both for the club and the striker.

That's because Chelsea return to pre-season training on July 3 and Antonio Conte has already made it clear that Costa isn't welcome at Cobham, the Blues' training base in Surrey.

There is a distance between the coach and the footballer that is absolute, and came about ever since the Spanish-Brazilian received a text message informing him that he was no longer required.

Costa didn't hesitate to make this information public in order to try and facilitate his arrival at Atletico, lowering his purchase price in the meantime.

However, before the signing of any contract, there are still many other intermediate steps that will need to be taken.

The principal issue has to do with his destiny during the first five months of competition.

He does not want to belong to a team in which he has to adapt but is then going to leave in a matter of months.

The most likely option is joining Atletico and focusing on physical preparation until the new year when he can play an official match with the rojiblancos.

This move has an important handicap for the striker because after so long without playing a match, he may not reach his best version.

Spain coach, Julen Lopetegui, tried to reassure him and made it clear that the option that would most distract him from Russia was to emigrate to the Chinese League.

So, if both Costa and Conte want to save a mess, Atletico and Chelsea will have to accelerate negotiations.

Time is running out but a week is more than enough time to reach an agreement.