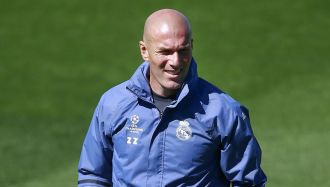 Tuesday, 02 May 2017
Whichever side walks out on the Principality Stadium turf in Cardiff on June 3 could well be decided by the defensive solidity of Real Madrid and Atletico Madrid when the sides meet for their semi-final tie.

The first leg at Estadio Santiago Bernabeu holds great emphasis not only on scoring, but on preventing the opposition from scoring given that both side's successful semi-finals of recent years involved key shutouts.

Los Blancos famously denied both Bayern Munich and Manchester City (5-0 and 1-0 on aggregate, respectively) to reach Lisbon and then Milan, showpieces where they faced Diego Simeone following Atleti's own clean sheets in first legs at home to Chelsea and Bayern.

Much of the fear in Zinedine Zidane's dressing room surrounds the fact that Los Colchoneros are excellent at making their goals count, not giving Real an inch in their own box and with six shutouts already in Europe this season.

Furthermore, strong focus is required on Real's backline as it hasn't denied an opponent at all in this year's Champions League, conceding in each of their last eight games.

As for Atleti, they are keenly aware of Real's threat in attack. Scoring in 58 consecutive matches going into the first leg, Cristiano Ronaldo & Co. are a prospect that demand extra attention when it comes to defensive preparation.

One key clue is how the last double-header between these Madrid outfits played out.

A tight, tense affair, the 2014/15 quarter-final resulted in a Javier Hernandez winner for Real in the 88th minute of the second leg, the only goal scored across all 180 minutes.

Simeone: I'm very clear who will play at right-back

Ahead of Tuesday night's Champions League semi-final first leg against Real Madrid, Atletico coach Diego Simeone was in confident mood and also dismissed any fears that he would be struggling to find an accomplished right-back for the match.

The Estadio Santiago Bernabeu will be at it's raucous best when the teams take to the field, but the Rojiblancos have a good recent record there.

"I imagine it will be a complex match," he said to reporters at his pre-match press conference.

"But I'm very clear on who's going to play on the right side."

In the home dugout, Zinedine Zidane will be aiming to get to his second successive Champions League final and Simeone praised his opposite number.

"Zidane's work is spectacular, he's taken his team to a very good level," he continued.

The high-octane nature of the clash will mean that the referee will have to be on his toes, something that hasn't escaped the Rojiblancos coach.

"It won't be easy to referee," he noted.

"I hope that on Tuesday the referee goes unnoticed, it will be the best for everyone."

Real Madrid and Atletico Madrid are two of the most dangerous teams in the final moments of the matches with both scoring 26% of their goals in the last 15 minutes of games.

Los Blancos won their last league fixture against Valencia with a goal on 86 and they have already score 40 goals past the 75th minute mark.

The 25 that have come in LaLiga have won them 17 points.

Atleti have also become accustomed to scoring late, the last one from Thomas Partey in the final minutes against Las Palmas.

Antoine Griezmann scored on 85 to tie the Madrid derby and the percentage of Diego Simeone's side rises from 26% to 32%, if we consider only the league matches.

Few teams that have participated in the Champions League surpass the two Madrid clubs in this aspect.

Monaco and Juventus, the other two semifinalists, have 22% and 13% respectively.

Atletico Madrid visit the Estadio Santiago Bernabeu on Tuesday evening for the first leg of the Champions League semi-final against Real Madrid, but Zinedine Zidane is urging his players to approach this week's match as if there's no second chance.

Los Blancos are famous for European comebacks, but the Frenchman doesn't want to travel to the Estadio Vicente Calderon next week needing a win.

"We know how important this match is," the coach said in his pre-match press conference on Monday. "We must assume there's no second leg and play well from the first to the last minute of this match.

"We must only think about [Tuesday's] match and not about the return leg.

"Our fans will be with us, just like they were last weekend.

"They have helped the team a lot, they are an advantage and we need them."

He also dismissed the notion that Real Madrid are the favourites and that their past victories over Los Colchoneros in this competition would have an influence.

"We aren't the favourites as this is a semi-final and it's 50-50," he said. "You can't dwell on what's gone before as what has happened, has happened.

"They have caused us difficulties, but so have many teams. Their strength is that they never give up, no matter what happens.

"[Diego Simeone and Mono Burgos] are doing a phenomenal job.

"They always fight and use their weapons the best way possible, but we also have our own weapons and will focus on our game."

One part of Real Madrid's game which has been heavily criticised is their leaking of goals and the Frenchman admitted he was aware of the issue.

"I don't think we're easily conceding goals, but it's true that we are conceding," he said.

"We're not keeping clean sheets like we did last year.

"As always, the important thing for us is to score one more than our opponents."

As for whether or not Real Madrid have practiced playing with 10 men for fear of a Casemiro sending off, Zidane defended his midfielder.

"No, we haven't trained with 10," he said in reply to that question.

"Casemiro is a physically strong player and I'm not going to ask him to change his style of play."

Asked about his future and whether he'd continue as coach, Zidane similarly dismissed that question.

"The only thing I'm thinking about and concentrating on is [Tuesday's] match," he said.

"I'm not even thinking about Saturday's match.

"I don't know what will happen later on and it doesn't interest me."

It was also put to Zidane that Cristiano Ronaldo might be the best finisher in history, but the coach was wary of rating the No. 7 ahead of his ex-teammate Ronaldo Nazario.

"Obviously Ronaldo is the best finisher I've had as a coach," he replied. "Yet I've never played with him.

"I did play with Brazilian Ronaldo and he also scored a lot of goals.

"They both make me jealous because I didn't have their goalscoring ability."

Finally, the coach revealed that Raphael Varane is fit enough to play, even though he was left out of last Saturday's Valencia match.

Although he was expected to miss the first leg of the Champions League semi-final, Atletico Madrid's Yannick Carrasco has been passed fit.

The Belgian has recovered from the acromio-clavicular sprain that occurred during the game against Villarreal and will form part of the squad to play against Real Madrid.

Sime Vrsaljko, Juanfran and Jose Gimenez remain on the sidelines.